In this article, the bicycle experts discuss bicycle frame and component failures, with an emphasis on the failures that are most commonly associated with a loss of control or crash. 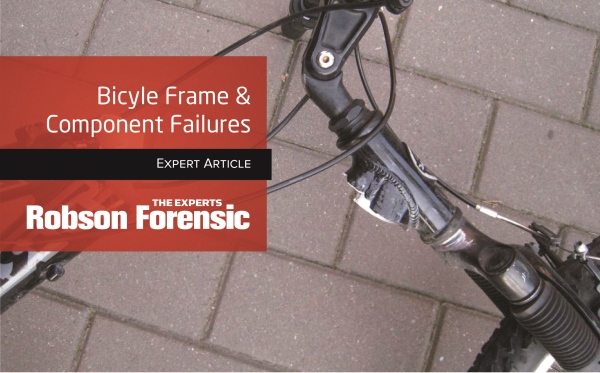 The components that make up a bicycle have a useful service life. Bicycle frames, forks, handlebars, wheels, brakes and other parts may fail due to a design or manufacturing defect, overloading, or simply wear out over the life of a bicycle. Design factors such as function, light weight, durability and cost dictate the material used for a component. All of these considerations can play a role in the likelihood and nature of a component’s failure.

The Critical Nature of the ‘Control Surface’ Components

The frame and fork of a bicycle are the most obvious and visible parts of the structure, but the points that the rider interacts with to control movement are also very important to safety. To control speed and direction the rider interacts with the handlebars, brake levers, bicycle seat and pedals. These components are what the rider’s body touches and in the event of a failure to one or more of these parts the rider no longer has full control of the speed and direction of the bicycle. Control surface components are colored orange in the image below: 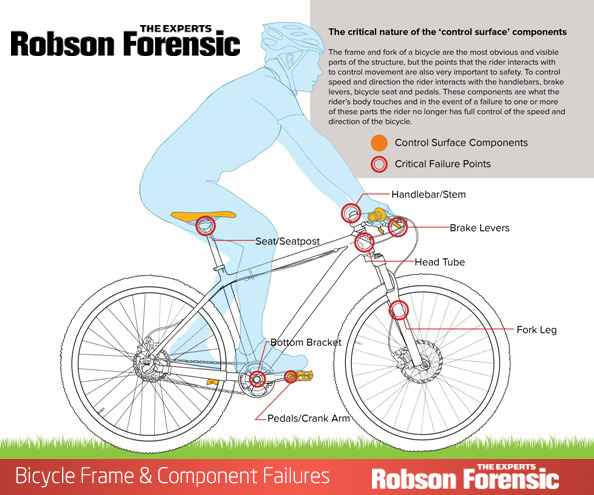 Among our bicycle experts you will find professionals who worked for some of the most recognizable bicycle brands in the world, engineers who have designed and constructed roads and bicycle trails, and passionate cyclists who use their bicycles for commuting, training, and competitive racing.

This article introduces many of the safety features that are required on modern bicycles. It also discusses safe assembly standards for bicycle retailers. Bicycle Safety Features The illustration…