In this document, environmental expert, Michael D. Klein, P.E., CHMM, provides an introductory lesson on the actions used by industry to control hazardous materials and safeguard human and environmental health. 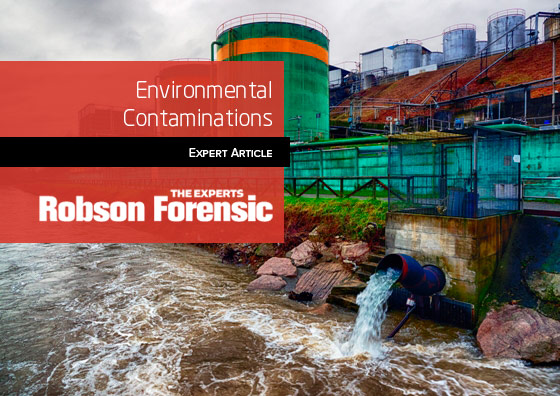 In early January of 2014 an estimated 10,000 gallons of the hazardous substance 4-methylcyclohexane methanol (MCHM) was released from a 48,000 gallon capacity above ground storage tank constructed with a concrete-block dike which was meant to serve as secondary containment. The spill entered into West Virginia’s Elk River, which is the source of potable water for Charleston, West Virginia and nine surrounding counties. Following this incident our environmental experts were contacted by news reporters, attorneys, business owners, as well as concerned friends and family. The ensuing conversations were often similar in nature; they included a warning to not drink or bathe in the water until more information became available, and often an introductory lesson on how something like this could happen, including industry and environmental safeguards that are in place to prevent spills of this nature. In this document our goal is to consolidate that introductory lesson on the actions of government and industry to control hazardous materials and safeguard human and environmental health.

The primary U.S. law on chemical use is the Toxic Substances Control Act (TSCA), which provides the EPA the authority to require reporting, record-keeping and testing requirements, and restrictions relating to chemical substances and/or mixtures. TSCA addresses the production, importation, use, and disposal of specific chemicals which include polychlorinated biphenyls (PCBs), asbestos, radon and lead-based paint. There were 62,000 chemicals already in use when TSCA was passed; all of these chemicals were grandfathered by TSCA. Chemicals in the United States are generally treated as innocent until proven guilty. A chemical manufacturer does not have to prove that a chemical does not pose a health hazard; instead, under TSCA, when a company creates a new chemical the EPA has 90 days to review it and determine if it is hazardous and how it will be regulated. A shortcoming of this program is that the EPA is not always able to properly assess new compounds within the 90-day timeframe and once that window has passed and no objections are brought forth by the EPA, chemical manufacturers are free to use the substance. There are additional regulations that govern the storage of chemicals. They are the Emergency planning and Community Right-to-Know Act (EPCRA) and the Resource Conservation and Recovery Act (RCRA). The objectives of EPCRA are to: (1) allow state and local planning for chemical emergencies, (2) provide for notification of emergency releases of chemicals, and (3) address communities’ right-to-know about toxic and hazardous chemicals. The objectives of RCRA are to protect human health and the environment from the potential hazards of waste disposal, to conserve energy and natural resources, to reduce the amount of waste generated, and to ensure that wastes are managed in an environmentally sound manner. RCRA regulates the management of solid waste (e.g., garbage), hazardous waste, and underground storage tanks holding petroleum products or certain chemicals.

The specific requirements for the storage and use of a particular chemical will vary depending on the substance, the jurisdiction, and other local concerns. What follows is a framework of industry responsibilities for the storage and use of petroleum products. In most cases, the requirements associated with petroleum products will be more stringent than for other chemicals. The responsibilities of industry are designed with the intention of safeguarding human health and the environment. Towards that end, each component of the process of safeguarding will generally fall into one or more of the following categories: Risk Assessment, Release Prevention, Release Control, or Remediation and Notification. When a release occurs, it is important to understand if all of these requirements were met and whether or not they were carried out appropriately.

The environmental laws discussed in this document create a framework for ensuring that chemicals are managed in a way that is protective of the environment and human health. This framework, when properly followed, creates redundant safeguards that not only put in place controls to prevent a release from occurring, but in the event of a release, will also mitigate the damage it can cause while notifying the public of potential hazards. When events such as the MCHM release in West Virginia occur, and chemicals are able to affect human and environmental health, there likely has been a breakdown across several levels of safeguards. An investigation into these events can be complicated and depending on the specific details of the case, may require expertise in a number of scientific and engineering disciplines. The environmental group at Robson Forensic is well equipped to investigate these matters to determine which safeguards were properly implemented and which safeguards failed in preventing a chemical exposure.

Michael is a Civil Engineer (MSCE) with over 25 years of experience in the design, planning, and delivery of high-value projects for both the government and private sector. He combines his engineering… read more.