In this case, a security guard was badly scalded by hot water from an outdoor hose bibb. Robson Forensic was retained to explain the biomechanics of scalds and opine on the victim's ability to detect the temperature and avoid injury. 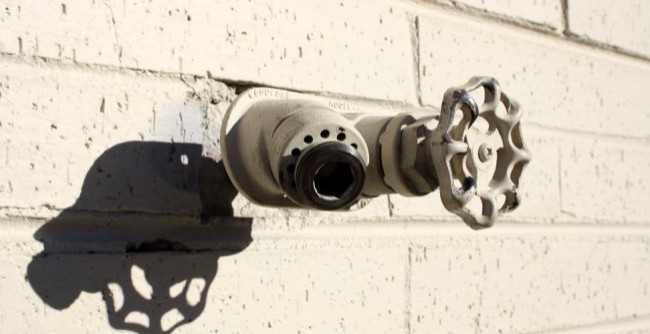 A security guard was badly scalded by hot water from an outdoor hose bibb. She had been patrolling a public housing complex when she saw water running and tried to shut off the valve. As soon as the hot water hit her skin, she was scalded. We measured the water temperature at over 185 degrees F.

Tracing the lines back through the system showed how in the course of repairs, maintenance workers had piped the bibb from a tap into the nearby hot water piping instead of the cold. The piping was clearly improper and we described the codes and standards that had been violated.

The significant technical issues in the case, however, were primarily related to how scalds occur since the primary defense argument was that the guard should have known the water was hot and had been unreasonable in leaving her hand in the water long enough to be injured. We explained the biomechanics of scalds and how much high water temperature impairs the ability of users to avoid injury.

Had the water been in the range of normal domestic hot water temperatures, the security guard would have been able to avoid injury. However, here the water was only 30 degrees below boiling temperature, hot enough to scald her immediately on contact.

Jamie Williams, Ph.D., is one of the foremost authorities in her field. Her expertise is focused on traumatic brain injury and musculoskeletal biomechanics in scenarios including falls, vehicle… read more.

In this article, mechanical engineer, Daryl Smith, P.E., provides an introduction to hot water scalds, including information on the temperatures at which scalding injuries occur as well as the safety…

Over five thousand American workers were killed on the job in 2016.1 Over the same period, almost three million nonfatal workplace injuries and illnesses were reported in the private sector.2 Every…

This article discusses the process by which it is possible to reconstruct an incident by examining injury data. In this instance, our biomedical engineer was tasked with determining the manner in…