In this article, mechanical engineer, Daryl Smith, P.E., provides an introduction to hot water scalds, including information on the temperatures at which scalding injuries occur as well as the safety equipment designed to reduce the risk of burn injuries. 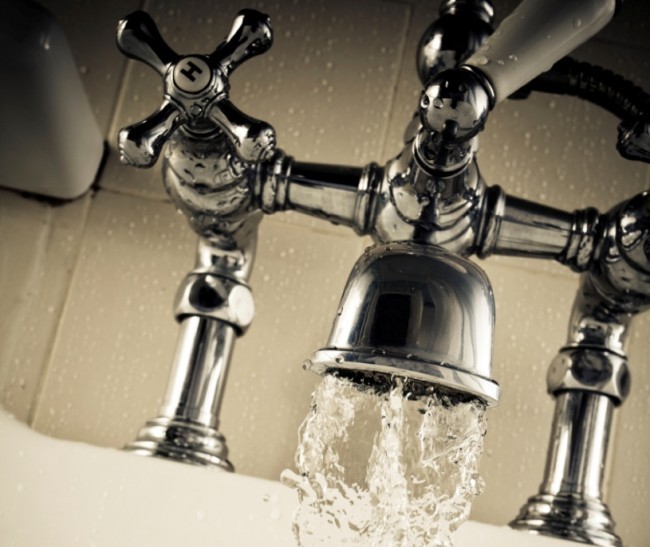 Since 1987 Robson Forensic has investigated numerous scalding cases; as a result of these investigations, we have determined that a majority of these incidents were caused by either

Either of these conditions can result in dangerously hot water and an increased risk of scalds.

In some cases a lack of proper maintenance of the water heating equipment, an improperly installed or adjusted shower valve, and/or the actions of the injured person (or the entity charged with supervising the injured person) were also factors in the incidents. Scalding burns are a function of the temperature of the water and the length of time of exposure to the water. Hotter water causes burns to occur more quickly:

Water heaters typically generate only domestic hot water, but they can also be used to produce heating water. The water temperature produced by a water heater is set and controlled by an adjustable thermostat on the unit. Most water heaters (and their manuals) include scalding warnings and instructions concerning setting/adjusting the thermostat.

When water heaters are used to produce water hotter than ~125°F for heating or other purposes, mixing valves should be installed. Due to a phenomenon known as “stacking”, under certain circumstances water heaters can produce hot water at temperatures as much as 30°F higher than the thermostat’s set point.

In locations where the older tub/shower controls are present, various anti-scald devices are available that can be installed at faucets and shower heads. 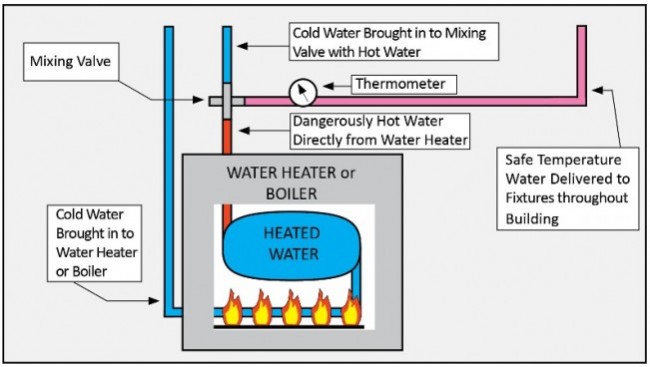 Tempering/mixing valves automatically mix cold water with the hot to temper the water down to a preset temperature. In order to set or adjust mixing valves properly, the temperature of the outgoing mixed/tempered water must be measured. Some mixing valves include thermometers in their design, but a majority do not. Instead, a thermometer may be installed in the domestic hot water piping system at or near the mixing valve to facilitate the setting/adjustment temperature checks.

If no thermometers are present in the system, the temperature checks must be done at a fixture. As with all mechanical devices, mixing valves should be checked, inspected and maintained on a periodic basis and in accordance with the manufacturer’s instructions.

The mechanical engineers at Robson Forensic are Licensed Professional Engineers who have extensive hands on experience in the design, operation, manufacture, installation and maintenance of heating, ventilation and air conditioning (HVAC) systems and equipment. For an evaluation of your case, please contact one of experts today.

Daryl is a Mechanical Engineer with over 30 years of hands-on career experience and aggregate facilities/building systems expertise. He has held Senior Project/Engineering Manager positions within… read more.