Highway Engineer and Robson Forensic founder, Lance Robson, P.E., was retained by Plaintiff’s counsel in a case in which a limousine struck a misplaced highway guiderail. The crash resulted in the death of the limousine’s passenger. 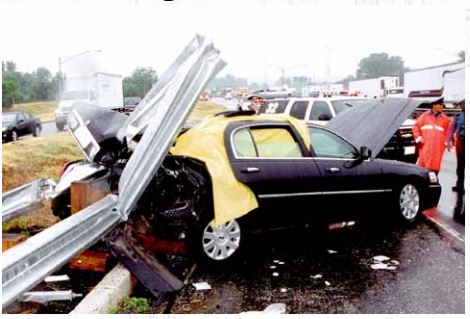 A consulting engineering company agreed Tuesday to pay $2.25 million to the widow of a man killed in a New Jersey Turnpike crash allegedly caused by a poorly placed guard rail.

Patrick Sweeney of Pearl River, N.Y., was en route to Newark International Airport in a limousine on Aug. 15, 2006, when driver Jose Lordello lost control and hit a guard rail. The driver was negligent and the guard rail was too close to the roadway, according to the complaint filed by Bruce Nagel and Andrew O’Connor of Nagel Rice in Roseland. 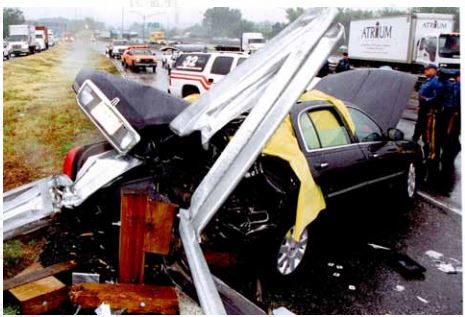 Maitra, the state’s consultant on the project, had certified that the construction was completed according to plans that called for the end of the guard rail to be on grass at the roadside.

In fact, the guard rail was eight feet closer to the road than the plan required. Defense lawyer Michael O’Neill of Purcell, Ries, Shannon, Mulcahy & O’Neill in Bedminster says that site conditions — underground power lines and a light tower — prevented placement of the guard rail according to the plan but that the site chosen was safe. The defense also blamed driver error.

Sweeney was a 34-year-old computer salesman with a wife and three children and earnings of $200,000 a year. In settlements earlier this year, his widow accepted $2.9 million from the driver’s company, Air Brook Limousine; $4 million from the guard rail installer, J. Fletcher Creamer & Son; and $600,000 from the structure’s designer, DMJM Harris Engineering.