Most states have a limited exemption regarding traffic laws for police officers driving during an emergency. States recognize the importance of providing police officers the ability to respond to emergency situations. However, law enforcement officers, driving at high rates of speed, and against the normal rules of traffic, carry an inherent risk of injuries to others.

An officer’s emergency driving should strike a balance an emergent response and maintaining safety for the citizens driving on roadways. 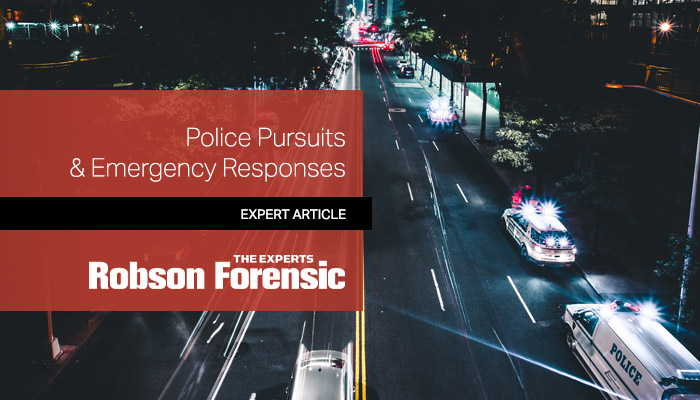 Emergency Driving Exemptions – What is Required?

There are several requirements that an officer must satisfy in order to claim an emergency driving exemption. An officer must be responding to an emergency call or in pursuit of an actual or suspected violator of the law. Most states require police vehicles to be equipped with specific warning lights and sirens. Some states require the siren to be audible from specified distances. The exemption may allow an emergency vehicle to park or stand or exceed speed limits.

Emergency driving exemptions can also allow for an officer to proceed through red traffic lights and stop signs. Nearly all emergency exemption statutes provide that an officer must drive with due regard for the safety of others. Other risk factors considered during emergency vehicle operations would include:

There are states that allow officers to disregard rules governing the direction of travel or turning into the opposite lane of travel. Generally, these states have specific laws pertaining to an officer’s responsibility while driving in an emergency capacity. An example would be an officer cannot endanger life or property, or proceed past stop signs or stops lights, without slowing their speed for safe operation. In addition to state laws, a police department has internal policies and procedures that can dictate many of the same, or in some cases, more restrictive rules regarding emergency vehicle operations.

Operation of Emergency Vehicles – Did the Officer Exercise Due Care?

A police officer is driving with lights and sirens activated in response to an emergency call. The city streets are congested with rush hour traffic. In an effort to reach the location quicker, the officer drives in the opposite lane, against the flow of traffic, at 80 miles per hour. The legal speed limit on the street is 45 miles per hour. While the officer is traveling in the wrong direction, a citizen makes a legal left turn, onto a side street. The civilian driver is broadsided by the police vehicle and sustains severe injuries.

Using this fact pattern, an expert specializing in police practices and emergency driving would examine the following factors to determine the standard of care:

In this fact pattern, it is unlikely that an unbiased expert would find that the police officer met the standard of care for an emergency vehicle operation. The officer drove without due regard for the safety of others. While many states allow officers to exceed speed limits and some allow driving in the opposing travel lane, the rate of speed in this instance was excessive, especially in the opposite lane of travel during rush hour.

State emergency exemption authorizes emergency vehicle operations certain limited exemptions from ordinary traffic laws. To remain within the legal bounds of these exemptions, officers must consider all factors prior to initiating an emergency response, and officers that are engaged in emergency driving must exercise due regard for the safety of others. As shown in the case example, the failure to properly navigate those factors during emergency vehicle operations could implicate an officer’s actions as negligent.

Former police officers, retired FBI agents, and professors of forensic science all contribute to the impressive capabilities of our law enforcement practice. Our forensic experts are often tasked with reviewing the actions of police, forensic investigators, and security professionals. Our experts have received the highest levels of training and have done the work at every level of law enforcement.

For more information, visit our Police Practices & Security page or submit an inquiry.

The use/non-use of Body Worn Cameras (BWCs) by law enforcement may be called into question in a broad range of civil and criminal disputes. In this article, police practices expert Mark Meredith…

The most reliable indicator of driver impairment is an observation of a driver’s behavior behind the wheel, followed by an assessment performed by a qualified Drug Recognition Expert (DRE). Forensic…

In this article, clinical psychologist, Justin Ramsdell, Psy.D discusses the challenge faced by law enforcement officers when confronted with individuals who struggle with severe emotional/mental…