In 2010 Robson Forensic was contacted to investigate a case involving a 10-month-old girl whose finger was severed by a hinge on the stroller in which she was sitting; a horrifying incident for any parent with young children and one that seemingly should not be possible in the modern era of safe product design. 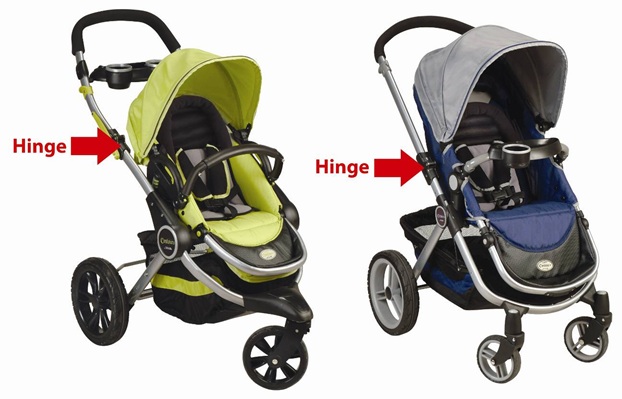 To understand how and why the incident occurred, this case was assigned to Industrial Engineer, Harry Ehrlich. Harry was a logical choice for this assignment because he designed consumer products for children earlier in his career and he also has extensive forensic experience investigating pinch-point and shear-point incidents.

The hinge that caused the young girl’s injury was activated when adjustments were made to the stroller’s handlebar. Harry’s investigation revealed that the hinge’s movement involved an unsafe mechanism that produced a scissoring or shearing action. This scissoring action created forces sufficient enough to sever a child’s finger. The manufacturer had failed to guard the unreasonably dangerous mechanism. 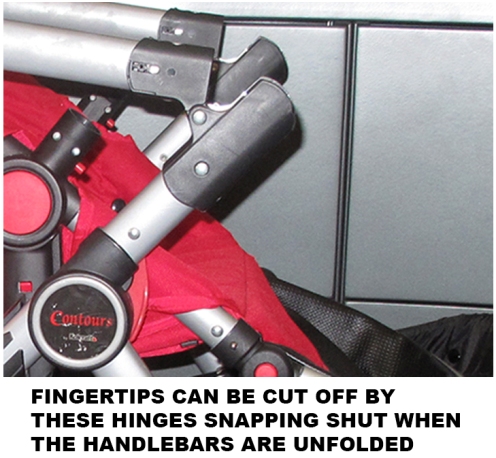 Recognizing the potential magnitude of this design flaw and that many other families were exposed to this dangerous condition, Harry Ehrlich and Attorney Dawn Pinnisi filed a report to the Consumer Products Safety Commission. On June 14, 2012 the CPSC issued recall number 12-196, providing notice to approximately 36,000 families who could have suffered the same tragic outcome as the young girl in our case.

As part of his review, Harry Ehrlich opined that a reasonable alternative design existed that would have prevented the young girl’s injury and that the warnings and safety instructions provided by the manufacturer were not adequate. As a result of this case and the CPSC recall, the stroller manufacturer created a zipper controlled cover that guards the hinge.

The case for the young girl settled before trial for $1,000,000, but the greater good was achieved by addressing a dangerous condition and preventing similar incidents from occurring.

It is cases like this, for which we are particularly proud.

Harry has worked as an Industrial Engineer since 1978. He has held positions of increasing responsibility within industry and has been responsible for the design and manufacture of consumer products,… read more.

In this case, a five year old boy was injured by a carousel conveyor in a retail store. Among other findings, our expert concluded that the conveyor was not adequately guarded and unnecessarily…

This case involved a plaintiff who was injured when a front leg of the chair she sat upon gave way, causing the chair to pitch forward. As a result of the failure, the plaintiff fell to the ground and…

The experts at Robson Forensic investigate a variety of product liability claims and incidents to understand how they occurred. This article discusses the standards that apply to fabric flammability…