Elevator expert, Dennis Olson was interviewed by the New York times regarding a deadly elevator mishap in Williamsburg, Brooklyn that killed one man. 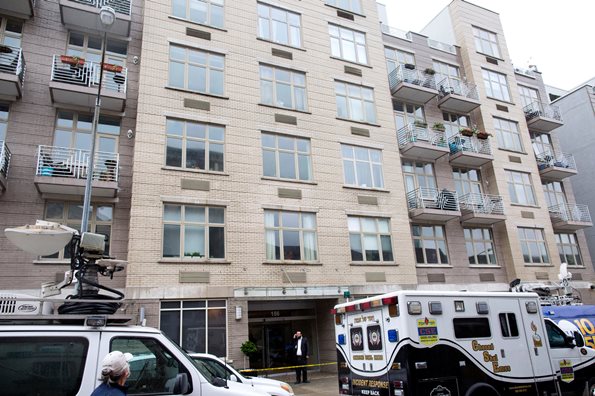 More than 10 people were in the elevator of an apartment building in Williamsburg, Brooklyn, that plunged to the basement on Friday, killing one man, a city official said on Saturday, as experts raised questions about the functioning of the cab’s braking system. The police initially said there were four to six people in the elevator when it dropped from the lobby toward the basement, its door still ajar. Eran Modan, a 37-year-old Israeli man, was killed when he became pinned between the cab and the elevator shaft as he tried to escape. A witness said that there were five people in the elevator, and that the group was visiting friends at the six-story luxury building, at 156 Hope Street near Union Avenue. The witness, a woman who was a friend of Mr. Modan’s, said the group had just come from watching her perform as a D.J. at a club in Manhattan. ... Dennis W. Olson, an elevator expert for Robson Forensic, an accident investigation firm, said his first concern was whether the building had installed an unintended motion device, a backup brake that is supposed to activate when an elevator moves up or down with its door open. Mr. Olson said most jurisdictions across the country require the device, though it was not immediately clear how the rules were designed in New York. Read the full article at www.nytimes.com

The experts at Robson Forensic have been retained to investigate more than 500 incidents involving elevators, escalators, and moving walkways. Our experts are commonly retained when passengers are injured in the course of riding an elevator, escalator, or moving walk. As part of this casework, our experts will typically inspect the incident equipment and review maintenance and inspection records in order to develop a technical opinion as to how and why the incident occurred. Our elevator experts are qualified to provide these opinions by way of their training, education, and experience; they learned the industry by working through the ranks as mechanics, inspectors, and consultants. Not only do our experts have experience installing, repairing, and modernizing this equipment, they have also managed and trained the people who do the work. For more information visit our Elevator & Escalator practice page.

Dennis is an elevator and escalator expert with more than 30 years of industry experience. His casework includes matters related to the design and construction, modernization, maintenance and service… read more.