Materials science experts are often called upon to investigate fastener failures across a multitude of applications, from everyday consumer products to highly sophisticated industrial machinery. In this article, Metallurgical Expert Dawn DiMarco shares the details of a case investigation where nuts that had recently been changed from a forged to a machined design were cracking during assembly. 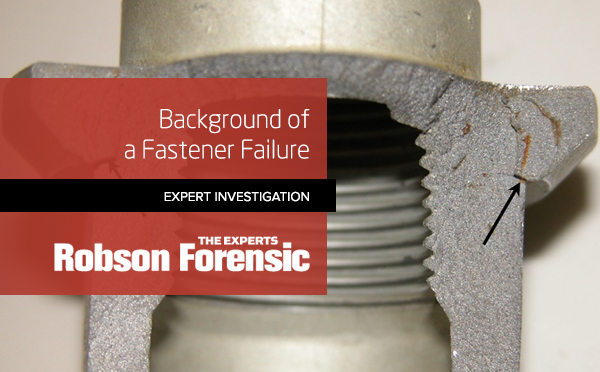 Visual examination of the fractured nuts (1-50X) revealed a uniform topography with secondary cracks occurring at the hex to flange transition on the outer diameter of the nut. 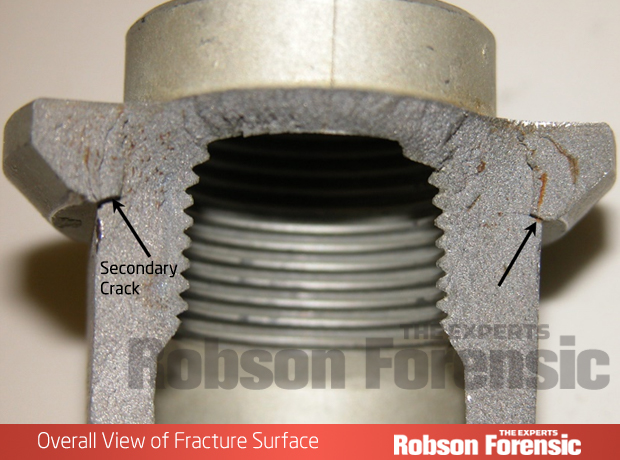 Hardness testing was performed on the new machined nuts from inventory, as well as fractured nuts returned from the client. The Testing was performed in accordance with ASTM F606M and ASTM A563M to see if the nuts met the Engineering Drawing requirement of 26-36 HRC for a class 10 nut. The Rockwell scale (HRC) is a hardness scale based on the indentation hardness of a material. Direct hardness readings were 43.0-45.5 HRC which did not meet the Engineering Drawing requirement. The hardness of the forged nuts (previous design) was 27-30 HRC, which met the drawing requirement of 26-36 HRC.

Examination of the fracture surface was performed via scanning electron microscope (SEM). The entire fracture topography was predominately intergranular. 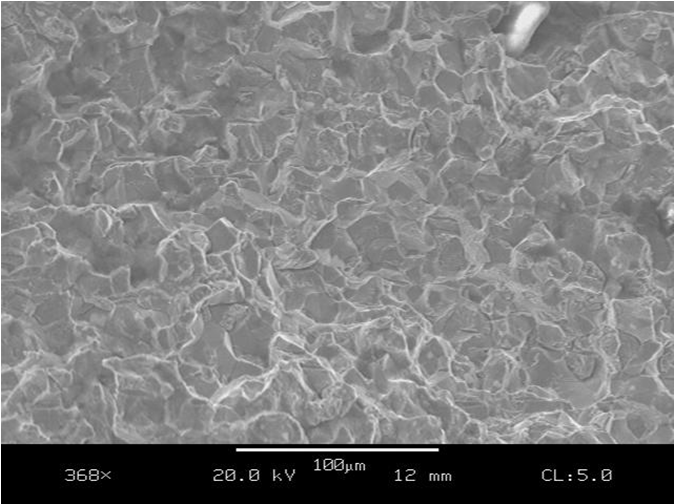 An intergranular topography means the fracture propagated along grain boundaries and is recognizable due to its characteristic “rock-candy” appearance. Intergranular topographies are consistent with brittle failure modes. It was theorized that the brittle failure mechanism and non-conforming hardness of the nut was most likely attributed to heat treatment. Specifically, the nuts were tempered at too low of a temperature.

Tempering is a heat treatment technique applied to steel that decreases the hardness of the alloy while increasing ductility and decreasing brittleness. Many alloy steels, when tempered in a certain temperature range or cooled slowly through this range (400-700°F (200-300°C)), exhibit temper embrittlement (TE) or “tempered-martensite embrittlement”(TME), which is why tempering in this region of susceptibility should be avoided. Steels that are subject to TE/TME treatments typically fracture intergranularly.

Spectrochemical evaluation is a method for quantitative determination of chemical composition. Spectrochemical evaluation performed by optical emission spectroscopy in accordance with ASTM E415 on the machined nuts revealed a carbon content of 0.47%. A literature review confirmed that a hardness of 45 HRC is achieved in steel with 0.47% carbon by tempering at a temperature of approximately 600°F (316°C). This is below the requirement of the Engineering Drawing and shows that the machined nuts were tempered in the TME temperature range. The heat treatment specification called out on the Engineering Drawing required tempering at a temperature of at least 797°F (425°C)

The secondary cracks at the hex to flange transition were mechanically opened in the laboratory and examined. The fracture surface exhibited the dark crescent indicative of a quench crack. During heat treatment, a quench crack can occur resulting from stresses produced during the transformation from austenite to martensite (phases in steel). 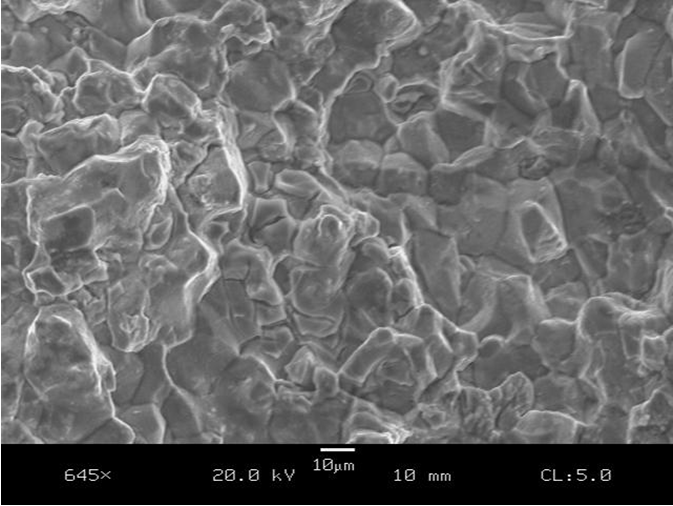 Many factors can contribute to quench crack susceptibility, including:

Given the secondary quench cracks observed on the fractured nuts returned from the client, new, un-installed nuts, which were also of the machined design, were sectioned and evaluated 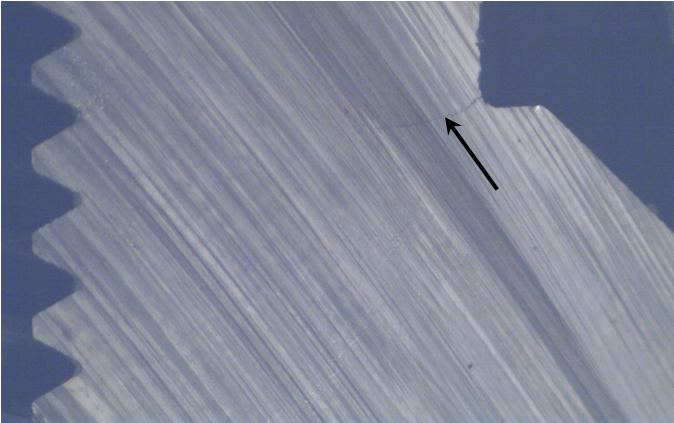 Our expert’s investigation found that the failed nuts exhibited numerous discrepancies. Most importantly, the fractured nuts revealed hardness in excess of requirements and a brittle failure mechanism indicative of temper embrittlement or tempered martensite embrittlement. It is likely these components were tempered at too low of a temperature. This is considered to be the primary contributor toward failure of the nuts. Heat treatment processes at the supplier should be reviewed.

Additionally, quench cracks were observed in both new and installed nuts. We therefore recommended to our client that all nuts from the heat-treat lot be recalled and scrapped as it is undesirable to have components with pre-existing cracks in service. There are many ways in which quench cracking can occur, including an overly aggressive quenchant and part design. The sharp machined corner at the hex to flange transition on the outer diameter of the nut should be reviewed. No quench cracks were observed on the forged design.

The experts at Robson Forensic apply a rigorous scientific approach to determine the failure mode as well as how the failure occurred, how the failure appeared over time, and whether the failure was due to misuse, a material defect, a manufacturing defect, or a design defect. We conduct these investigations involving a broad range of materials, products, and industries.

Dawn DiMarco is a career Metallurgist with extensive experience in failure analysis, metallurgical consulting, electron microscopy and materials testing on a wide range of materials and industries… read more.

In this article, metallurgist, Dawn DiMarco provides an overview of the processes involved in a typical metallurgical failure analysis. Her discussion describes various properties of metals that can…

Material science is divided into three categories: metals, ceramics, and polymers. In this article, materials expert James Derby provides an introduction to failure analysis and fractography as they…